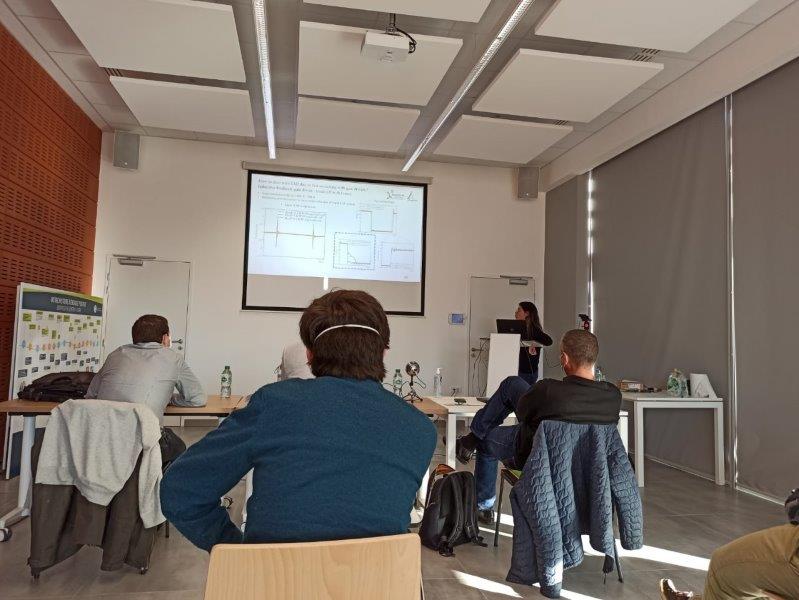 At first, a commercial 1.7 kV SiC MOSFET half-bridge device is used as a switching leg in a 100 kW Dual Active Bridge DC/DC converter. The device is controlled by a commercial gate driver. The investigation in the converter prototype shows the importance of the conducted electromagnetic interferences passing through the gate drivers. The uncontrolled magnitude of the conducted electromagnetic interferences disturbs the triggering of the semiconductors which is called \self-disturbance”. It prevents the proper operation of the converter in rated voltage and power. Self-disturbance phenomenon highlights the effect of the gate drivers on the operation of the converter. This part of the study shows the need of new gate driver techniques to reduce the interferences from semiconductors. The second contribution addresses the challenge of gate perturbation due to fast switching in SiC MOSFET based converters. A well-known gate voltage perturbation issue due to the fast switching of semiconductors results in self-disturbance phenomenon. This problem is solved by a new circuit implemented in a classical gate driver architecture. It is proposed to filter the parasitic current flowing into the gate by a bifilar common-mode choke in addition of protection circuit. Thanks to this proposed method, the electromagnetic interferences passing through gate drivers are reduced. This part shows the sensitivity of the SiC MOSFET gate drivers design to parasitic elements and measurement probes. The performance of the classical differential probe compared with optical isolated voltage probe by measuring the gate-source voltage of semiconductors. It clarifies how the parasitic elements of the measurement probes affect the measurements and it leads to optimization of designs of the gate drivers. The final contribution is the development of a new driving technique. A new inductive feedback gate driver is designed based on the direct drain-source current measurement of the 1.7 kV SiC MOSFET power module. The dynamic adjustment of the gate current with this new gate driver technique reduces the generated interferences thanks to moderate switching voltage and current slops. The proposed gate driver achieves a better trade-off between losses and conducted emissions compared to the classical series- connected passive resistors for SiC MOSFET gate drivers.