SuperGrid Institute and several educational organisations in the Auvergne-Rhône-Alpes Region joined forces to raise awareness of energy transition and the professions of the future among young students and workers going through a career change by developing two educational activities. These tools are now available for regional education authorities and professional training organisations to use as they see fit. 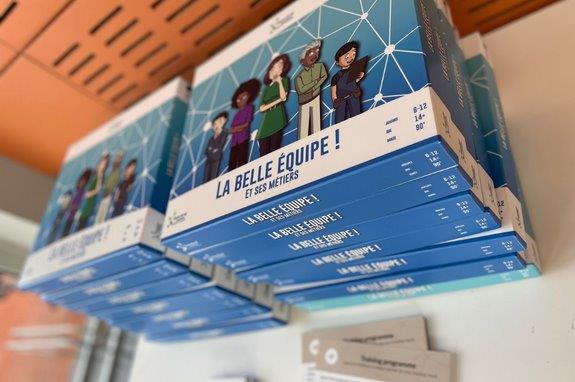 These two activities were first developed by SuperGrid Institute for its participation in the Fête de la Science (the French national science festival). They were upgraded thanks to the support of the Auvergne-Rhône-Alpes Region and the French State through its Regional Directorate for the Economy, Employment, Labour and Solidarity (DREETS) via actions undertaken by the project consortium. The project lasted two years and has just been completed.

Teachers and educational support workers from the Lyon and Grenoble academic areas were trained to use La Belle Equipe with their students or as a support for their career guidance work. Lifelong learning organisations (Missions locales, Pôle Emploi) were also trained so that the “La Belle Equipe” game can also benefit people undergoing a career change and jobseekers. The game can be downloaded online to be used by as many people as possible: https://www.eredejeux.com/jeu-labelleequipe

The Survival Game will be set up at the Institut Gaston Berger where students from INSA Lyon, who have been trained to run it, will be able to run frequent sessions to raise awareness about jobs where professionals are in high demand within the field of energy transition.