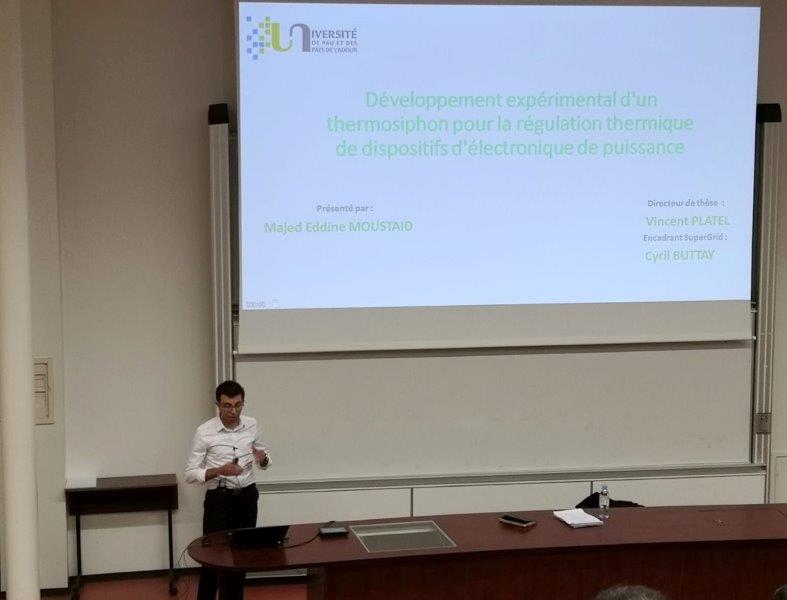 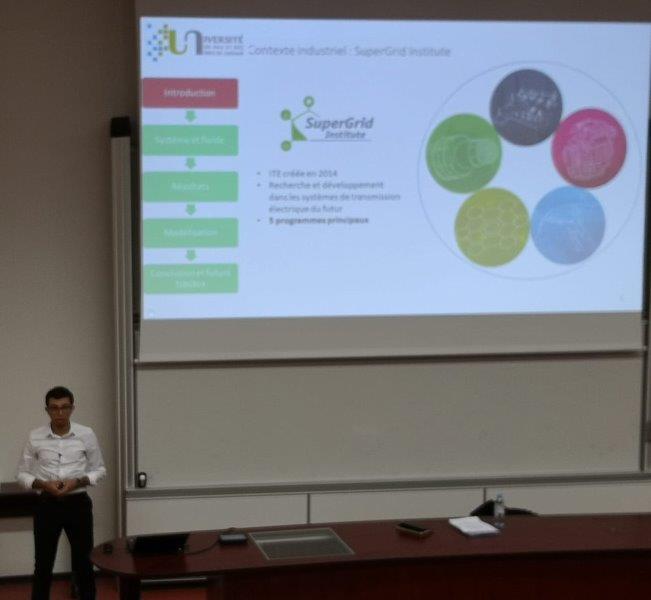 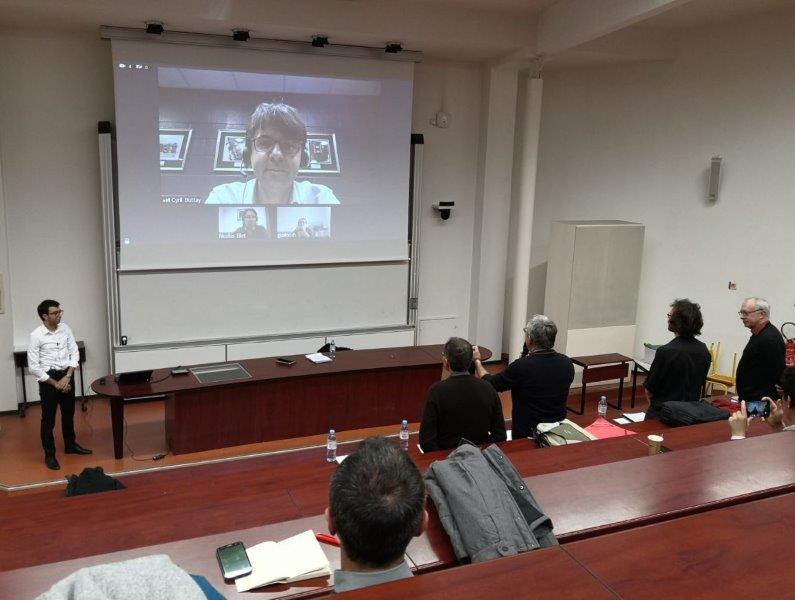 The work of this thesis focuses on the experimental development of a passive and biphasic cooling system to cool down power electronics. Some of those modules are mean voltage power converters developed by Supergrid Institute. Some constraints have been imposed upstream to this project. While some limitations are of the technological nature, other constraints are related mainly to the environmental and biological aspects. The first part of this thesis was to find a suitable cooling system that could be adapted to the project specifications. After some research, we decided to build a loop thermosiphon filled with NOVEC 649.

The second part is about the experimental development of this loop. Our thermosiphon is made mainly of an evaporator, a reservoir and a condenser. These parts are tied with plastic tubing for dielectric isolation. We have also added sensors to collect data and characterize the loop.

The third and last part concerns the description and the analysis of the results of the test bench. Generally, the loops’ response is characterized with a number of instabilities against both high and low power solicitations. Their effects are diverse and range from limiting the maximal power that can be dissipated to the overall stability of the system. Based on the number of data already collected and visualization of the fluid through the porthole in the evaporator, we managed to propose an explanation to those instabilities. A number of arrangements have been tested where we have modified the disposition of the thermosiphon and studied its effect on the whole loop. This has helped us propose a final disposition characterized with a more stable response. Another issue that arose from the analysis of the results and that needed to be optimized is the overall thermal resistance of the loop. This resistance can be traced mainly to the evaporator. The overheat necessary of boiling can reach approximately tens of degrees. The proposed solution was to optimize the boiling with surface modification. A new evaporator has been made that can allow the implementation of 3D plates. These plates are designed with milliscale patterns. The first results issued from testing with partially printed plates are promising. The overheat needed for boiling is greatly reduced. This opens the road for more optimizing after the thesis, once the fully printed plates can be made.