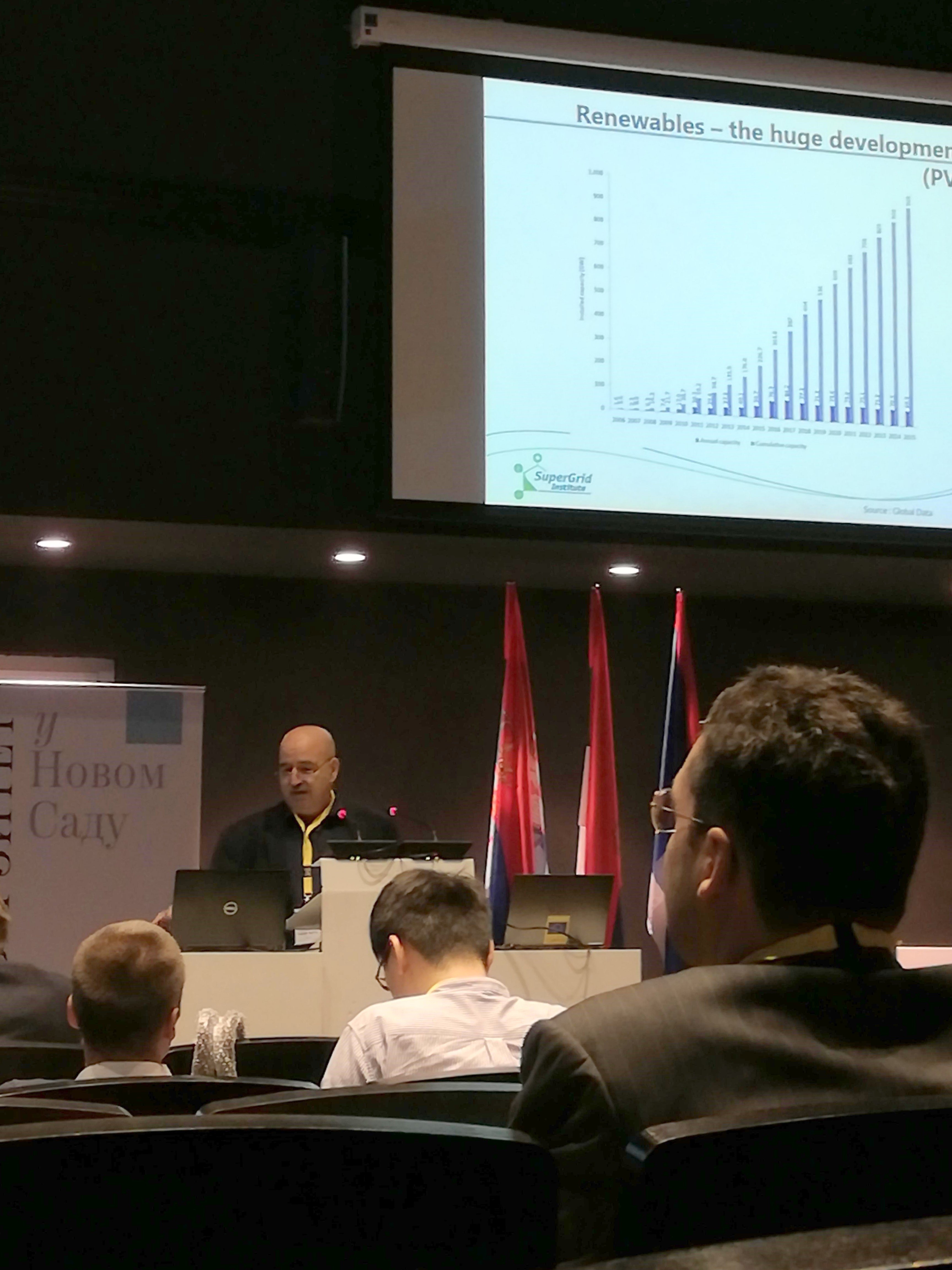 Seddik Bacha received the Diploma of Electrical Engineering and the Magister Degree from the Ecole Nationale Polytechnique of Algiers, Algeria, respectively in 1982 and 1990. After 8 year of teaching activity at the Ecole Nationale Polytechnique and Abderahmane Mira University (Bejaia-Bgayet , Algeria) , he joined the Grenoble Electrical Engineering Laboratory in 1990 here he received the Doctorate Degree and “Habilitation à Diriger de Recherche” Diploma from Grenoble National Institute of Technology in 1993 and 1998 respectively. He is currently full professor within Grenoble Alpes University in charge of Electric Engineering, power Electronics, mathematics and control lectures for various undergraduate courses. His main research interests are modeling, control and simulation of energy systems and Supergrids/microgrids. He had supervised in this field more than 50 PhD defended thesis, published one book related to power electronics modeling and control and another one on Electric Vehicle to Grid management issues. He has published nearly 450 journals and conferences papers in his area of expertise. He has been the Power System Group Manager (around 70 people) inside the G2Elab Laboratory during from 2000 to 2012 and Director Deputy of the National Group GDR SEEDS from 2012 to the end of 2017. Currently he is Program Scientific Director within the SuperGrid Institute in Lyon and President of its Scientific Council.