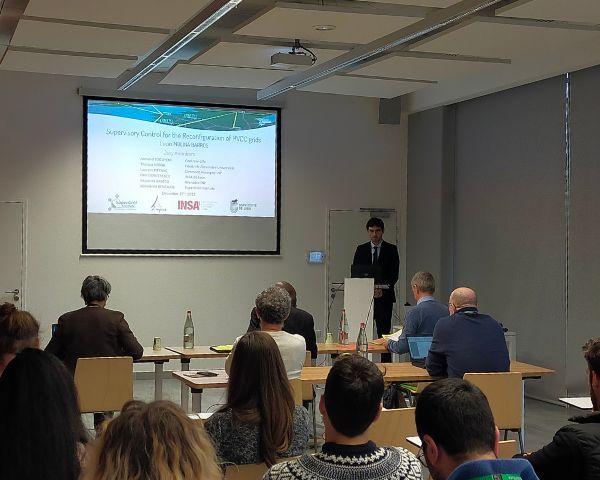 In a context marked by socio-economic and ecological issues, High Voltage Direct Current (HVDC) grids have emerged as a promising alternative to help fulfill energy objectives set for future years. Thanks to their wide geographical deployment and inherent technical advantages, they can transport large amounts of renewable energy from remote locations into existing Alternative Current (AC) grids, where their potential consumers are located. However, the fast dynamics of HVDC grid components demand a highly reactive and coordinated control to prevent cascading system failures. With a strong need for service continuity and real time operation being a challenge, HVDC grids require safe automation of tasks that today, in AC grids, may still rely partially or completely on human intervention. Furthermore, HVDC grids are subject to structural reconfiguration. Hence, their control design must also support changing network requirements and the execution of diverse tasks, defined for different system configurations and control needs. To this end, the Supervisory Control Theory (SCT) provides a formal and automated framework for the synthesis of automata-based controllers with correction guarantees to handle concurrent and interactive behavior in large-scale and safety-critical applications. Driven by these circumstances, this work proposes to exploit the potential of the SCT in the automation of HVDC grids and management of their reconfigurable behavior. Our results have both methodological and practical nature. They consist of a systematic modal-based approach combined with a hierarchical and decentralized control architecture for the realization of formal control models and their distributed implementation in a physical control system. The effectiveness of the proposed approach is illustrated with its application in the distributed control of a four-terminal HVDC  grid and the implementation of obtained models in a Hardware-In-The-Loop test-bench. The latter is equipped with communicating microcontrollers and a real-time simulation platform, thus creating an environment subject to similar constraints as those expected from real HVDC grids.