Thank you to all those who attended our webinar “Unlocking HVDC interoperability: Exploring the options for future MTDC projects” on Monday the 14th of September. This webinar, the first of its kind organised by our institute, co-hosted by the PROMOTioN project, gave rise to very interesting exchanges on a high-stakes, ongoing issue.

Our goal was to share our analysis of interoperability with industry players and present possible directions for moving forward, weighing the pros and cons for each option. We discussed the organisational and contractual aspects of developing multi-vendor HVDC projects, drawing on more technical considerations.

If you missed the webinar, you can watch the video below and download the documents presented in PDF format.

Some questions that could not be answered during the webinar:

Is the existing standard like IEC 61850 applicable to MTDC?

Yes and to our knowledge, it is planned to use IEC 61850 in future HVDC projects, such as the Sofia Offshore Wind Farm. For a longer explanation, one of the specificities of IEC 61850 is that it structures data via Logical Nodes, which can be assimilated to “objects”, as in programming languages. This helps make communication configuration easier, and actually facilitates interoperability as, for example, data and functions of circuit breakers from several manufacturers would be standardized when represented as Logical Nodes. Some Logical Nodes for HVDC applications were defined in part 90-14 of the standard, and as more LNs are defined its adoption is expected to increase.

Practical implementation of IEC 61850 has been developed throughout PROMOTiON WP9, dedicated to Hardware-in-the-Loop demonstration of protection strategies (see related webinar that will be soon online).

What are the gaps in MTDC protection?

In PROMOTiON project, several protection strategies have been proposed and their effectiveness have been demonstrated. Each of these strategies have different implications on system functional compatibility point of view. Therefore, proposing a Grid Code which is compatible with different protection strategies is not straightforward. Moreover, post fault recovery performance depends on converter controls, and this is also one aspect of interoperability that has to be further considered.

Why open source can limit innovation?

The question could be reformulated as: for all actors (vendors, integrator, 3rd parties), why work on innovations if everything is opened and shared with the community and potentially with competitors? The risk seen from vendor perspective is to not receive any payback for its R&D expenses. But open source may be misleading as it does not mean necessarily free access. The way to drive forward open sourcing may consist in proposing good licensing model of IP. Also co-existence  of open-source and closed software can be envisaged.

Question for MMC control architecture: what paradigm (option 1/2/3) would you assign to current practice for AC protection equipment?

Tuning of AC protection equipment has to be coordinated by the grid operator, since many grid-related and protection system-related information are necessary. Therefore it is close to option 2: protection IEDs integration requires configuration tools which are made available to the grid integrator/operator. 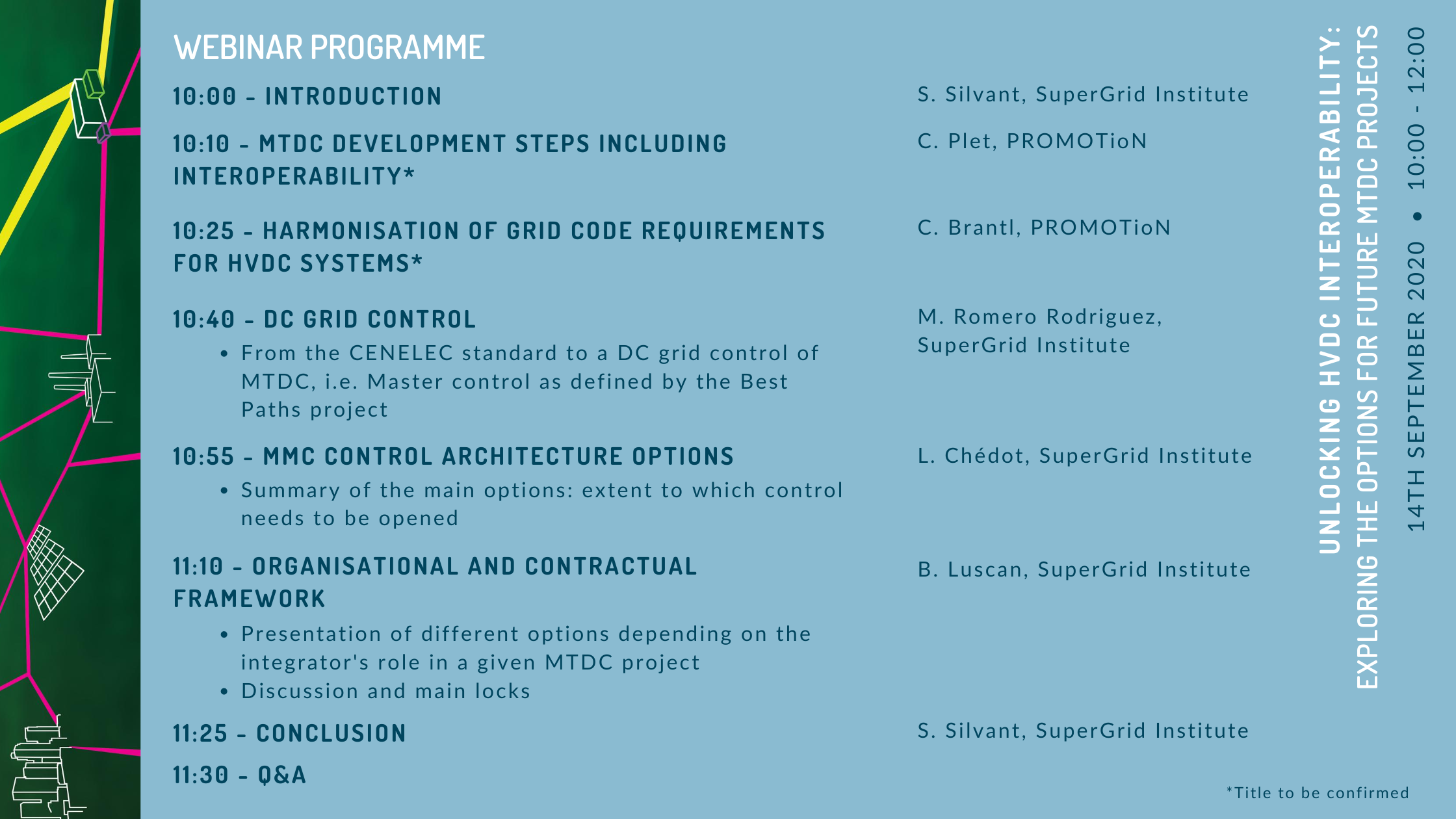