High power and high voltage power converters and components can be tested up to TRL6 when using one of our power converter test platforms. Our offer includes:

The test-bench is designed to carry out tests in a back-to-back configuration. For this, two converter prototypes are required.

The shielded laboratory, a Faraday cage, is equipped with filtered power supply and fiber optic controls. It can accept prototypes that require the supply up to 7,5kV and 100 kW power dissipation and can combine the following three cooling methods: 100kW water cooling, 20 kW forced air and 20kW natural convection. The controls is done via Matlab/Simulink CPU, FPGA code generation and a Speedgoat real time target. The test bench is equipped with a resilient integrated safety interlock.

Introducing the new concepts of high voltage and high power converters implies multiple mandatory validation steps prior to industrialization.
Most commonly, these are the steps performed: 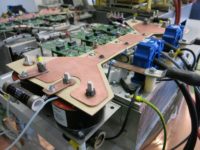 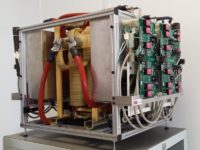 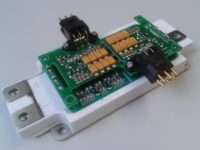 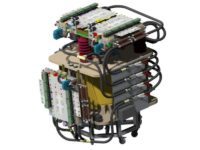 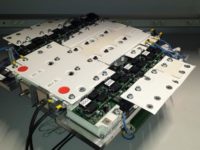