How can we reduce the “S-Shaped” characteristics (stability) of a hydraulic turbine while maintaining its high performance? This spring, SuperGrid Institute completed several months of testing on different turbine designs for Pumped Storage Power Plants (PSPP). This promising and extensive research, which aims to improve power network services (supply security, flexibility, efficiency, etc.), has helped us better understand the physical phenomena and water flow that take place within turbines. It has also enabled us to corroborate our Computational Fluid Dynamics (CFD) simulation tools. A patent application was filed in September 2019 on this new technology.

Pumped Storage Power Plants (PSPP) are a viable, highly efficient solution that enable intermittent renewable energy resources to be successfully integrated into power networks. During periods when there is an excess of electricity in the grid, PSPPs store large amounts of energy by pumping water uphill from a lower reservoir to an upper reservoir. In periods when there is an increased demand for energy, water is released from the upper reservoir and electricity is produced by a turbine that is powered by the downhill flow of water. A reversible high head pump-turbine is often used so the water can move in both directions. 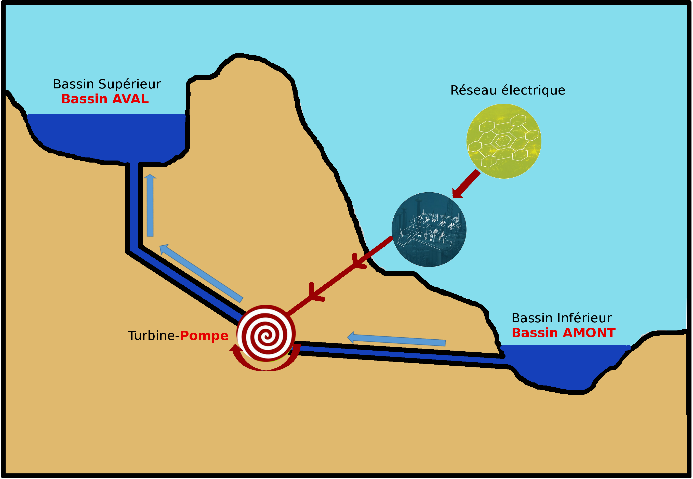 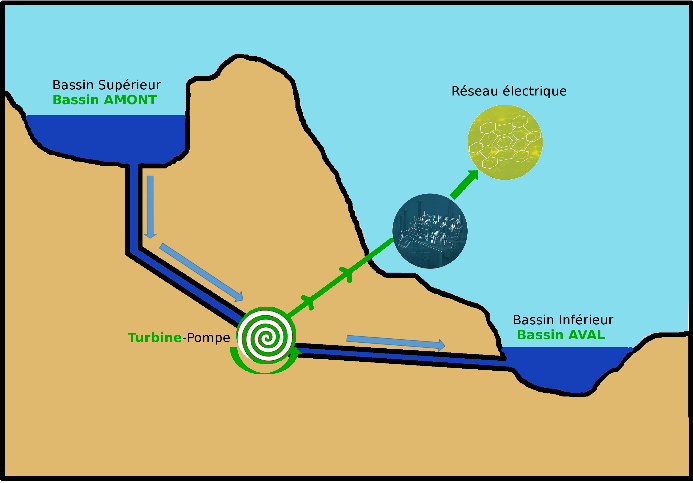 The pump-turbine goes through different operating phases: pumping mode, turbine brake mode, turbine mode and reverse pump mode. Each pump-turbine has its own characteristic curves that describe its behaviour under different conditions. The conditions can change depending on the flow, rotating speed and opening of the pump-turbine. The “S-shaped” curves represent the characteristics of a pump-turbine as it passes through the different operating modes: from turbine to reverse pump. In the “S-Shape” phase, water flow is highly unsteady and there are significant pressure fluctuations meaning the pump-turbine is subjected to difficult mechanical loads. Better understanding the way that water flows during the “S-Shape” transition phase will help to prevent potential destructive overspeed and overpressure as a result of the loss of power output. Therefore, understanding the “S-shape” phenomena, and the means of decreasing or removing them, is crucial. 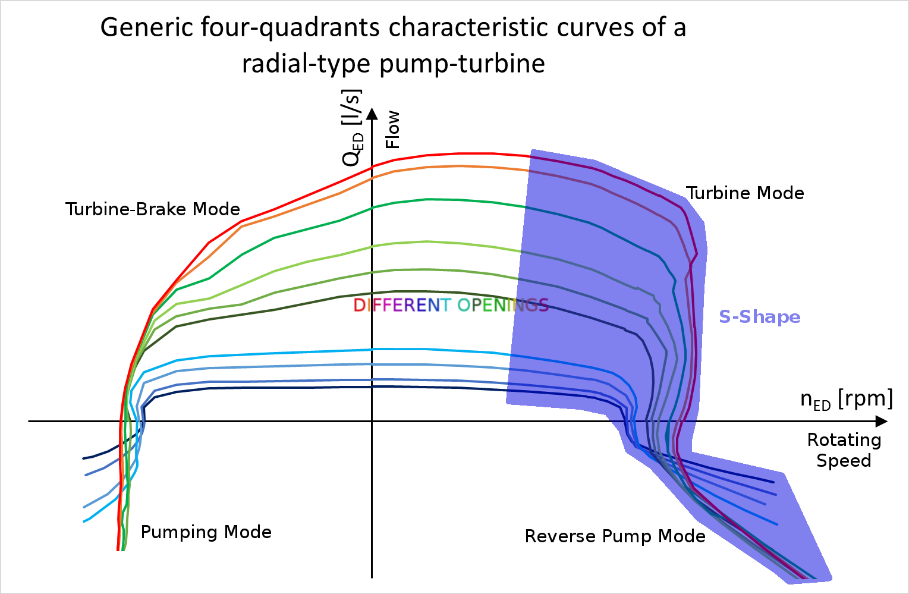 Before any tests could begin, our test platform, which is capable of performing tests according to IEC 60193 standards, had to be adapted to meet the demanding technical needs of the high-level tests. The first two phases of testing, which began in October 2018, consisted of characterising a reference pump-turbine and then carrying out the same characterisation process on a pump-turbine that SuperGrid Institute had developed. At this stage, the innovative pump-turbine designed by SuperGrid Institute achieved the expected outcomes. It had a less pronounced “S-Shape” than the reference pump-turbine but managed to maintain the same level of efficiency. In other words, SuperGrid Institute’s new turbine design reduces the critical phase in which damaging effects can take place so there are fewer restrictions on when the turbine can be safely used in different conditions. 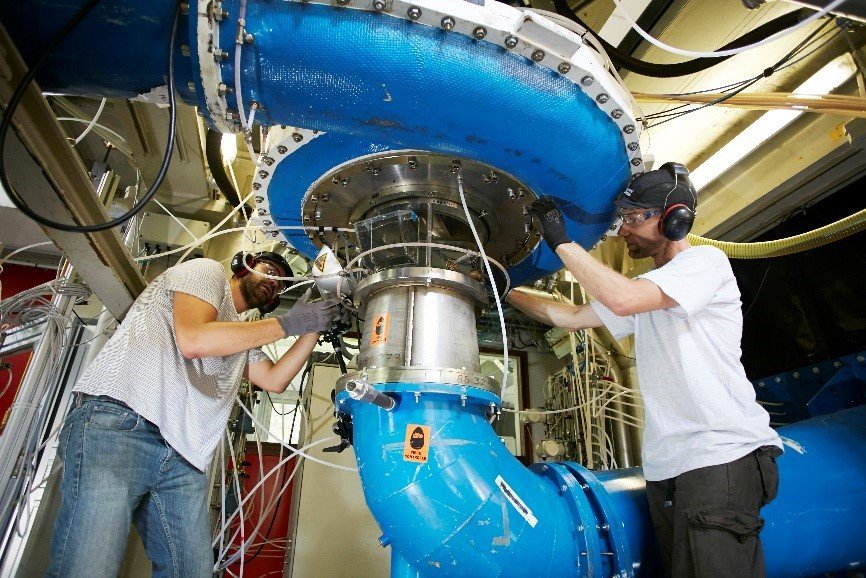 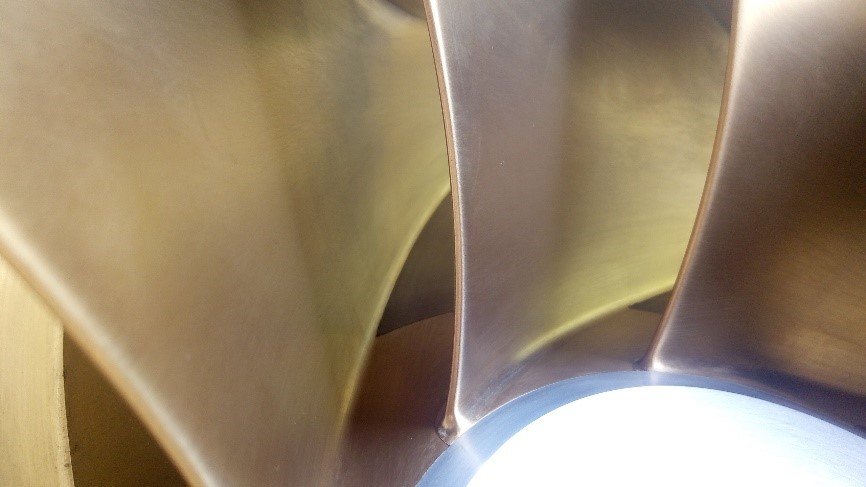 The research did not stop here however. SuperGrid Institute’s teams decided to delve even deeper in order to better understand the phenomena of hydraulic instabilities. In a third testing phase, transparent windows were installed above the pump-turbine to analyse the water flowing through it. This was possible thanks to an innovative method that involves placing non-pollutive particles into the water. “The curves of water flow are invisible unless we use a special device that is designed to reveal them. Therefore we have to find something to put in the water, a non-pollutive substance that is fine enough not to disturb the flow, but large enough to be able to trace.” explains Sylvain Nichele, research engineer at SuperGrid Institute.

These tiny particles were tracked using high resolution cameras and specialised lighting, which in turn allowed the water flow to be mapped and recreated in digital simulations. “It is a complex process because the water moves very fast and the turbine turns at a speed of 300 rotations per minute”, continues Sylvain Nichele. “The particles are difficult to follow because they must be small enough to not disturb the flow. They measure in the range of 100 micrometres in size.” 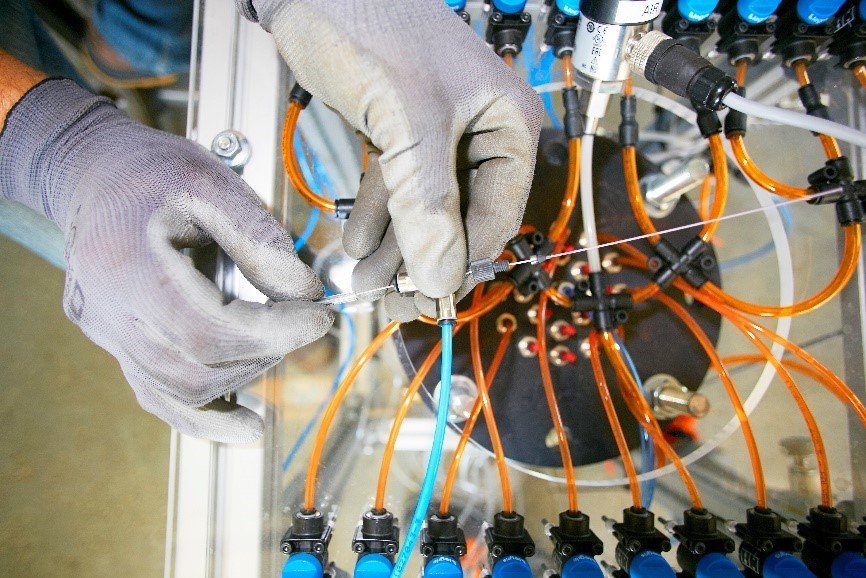 As well as helping understand phenomena inside the turbine and design more efficient turbines, these tests also enabled SuperGrid Institute to corroborate its digital simulation methods. The first two phases of testing demonstrated that SuperGrid Institute is already able to fine-tune new turbine designs using Computer-Aided Design (CAD) before testing a real, small scale prototype at the test platform. This process makes it both faster and cheaper to produce an efficient turbine. SuperGrid Institute will continue to compare the results of the particle flow tests with its Computational Fluid Dynamics (CFD) results, to ensure the ongoing improvement of their accuracy.